As an artist for over 5 decades, Steve Lucas has worked in a variety of mediums. From charcoal and pastel to acrylic and watercolor, from portraits to landscapes to seascapes, he’s covered a wide gamut of subjects. 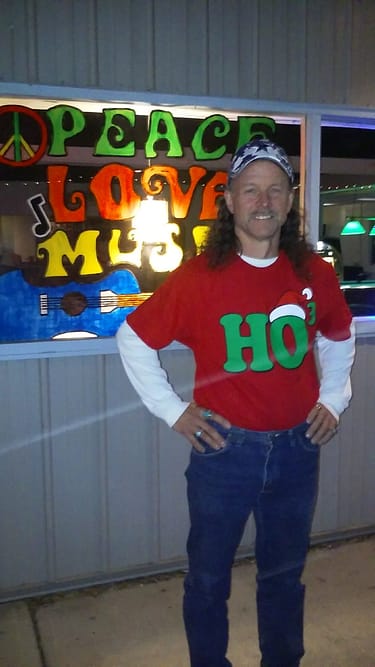 Born in California in 1960, Steve and his family lived in Glendale before briefly residing in Whittier. Steve was already showing an aptitude for expressing himself through drawing at the age of six when the family moved to Muncie, Indiana, where he attended elementary, junior high, high school and college.

In 1984, Steve relocated to Dallas, Texas, where he worked in the restaurant business before going to work framing pieces in the prominent North Dallas Art Gallery, Southwest Galleries, where he remained for over 2 decades.

In his off time, he travels to the islands of the Caribbean, namely, Jamaica and Aruba, where he nurtures his passion for tropical art subjects.

Returning to Muncie in 2008, Steve has been involved with entrepreneurial business ventures while also staying busy with his art. In addition to painting and drawing, he has developed a proclivity for creating functional objects with an artistic flair, such as patio chairs from reclaimed doors, and stools from vintage farm tractor seats.

Steve has put his creative skills to work in the construction arena as well, completely gutting and re-building an old shotgun-style house that he purchased in the historic West-End district of town that has served as his home ever since.

Steve has been influenced to some degree by local artists David Dale and Bob Ross. He is also an acquaintance of another local artist, cartoonist and businessman Jim Davis, the creator of Garfield, America’s favorite cat.

As Steve looks ahead to his “Golden Years”, he plans to acquire a modest piece of property in the Caribbean Islands or on the mainland of Central America, to settle in permanently and focus exclusively on his passion.